My name is Szilárd Kállai. People see me in many different ways. Some see me as an economist, a bank project financer or a business consultant. Some see me as a book publisher, others see me as a writer, tour guide, wine connoisseur, forex robot programmer, web store guy, meditator-spiritual man, and some as a father. But I am just me.

I love to write. Everything. Since two of my novels have already been published, my other writing has been featured in literary magazines (for which I received a fee), and even a “pulp” novel was released, three copies for the family, I can say that I am a writer.

I used to entertain my children for fifteen years with improvised storytelling. They liked it. Some of the stories are pretty good. I should work on the sevaral GBs of audio recordings. I also regularly practice the flowing writing technique, and already have half a meter of spiral notebook stacks filled.

In late 2017, my first novel, “2221 – Strictly Free Relationships” was published, which portrays a not quite unlikely future society. My second novel, the philosophical, relaxed-conversational “Everything is Fine” came out of the press in July 2020.

Currently, I am excited about writing my blog, but I have been working on my next big work, a historical family novel for years. But many of my novel ideas and outlines are on paper.

I also wrote campaign-like supporter song lyrics under the influence of cheering for the 2018 World Cup. Some of them have already been set to music. A few of my economic education articles have been published in the local newspaper.

I like to read as well. Recently more specialist and lifestyle books. Sometimes fiction. And always the deep philosophical essays of the adored genius, Béla Hamvas.

I also publish books. I published Károly Eötvös’s “Travel Around the Balaton” out of love in 2006. Afterwards, I published a few more of Eötvös that I liked. Good books.

I sometimes sail on the Lake Balaton, I have a boating license, but more often I walk the coastal hills. I like wines. I know the domestic selection well (?). My favorites are the hidden, waiting to be discovered, or “locally world famous” wineries. I’ve harvested a lot in my father’s and uncle’s vineyards, the basics of winemaking are long established. Years ago, I took the Hungarian Wines House wine enthusiast training final test in 2000 and passed with a perfect score. I have good relationships with several Balaton and Somló wine makers. I am glad that in recent years, the domestic wine scene has come back into fashion and gained momentum, compared to the gloomy picture of the late 1990s.

This momentum took me to the point of becoming a Somló-hill farmer in 2021. I entered an old press house and half a hectare of vineyard together with a friend. Since then, I have been able to experience the challenging side of winemaking, the hard world of barrels, tanks, racking, clarification, fermentation and bottling. I didn’t have time to write about it, but there are many topics in it. There is still some wine from last year, and the new vintage will soon be tastable.

I don’t exercise much. I used to practice Baranta, until it became too ideological. Later I learned kung-fu for a year. For five years I learned csi-kung, the spiritual direction of kung-fu.

I would like to say that I meditate regularly, but I’ll say that I do it occasionally. I’ve been dealing with meditation since 1992, with varying regularity. There was a time when I meditated on Mount Szent-György or other basalt mountains one day a week. At that time, with a meditation guru friend of mine we ran an online store together where I was in charge of the business side and we sold water alkalizing equipment in the name of healthy lifestyle. My second novel was inspired by him.

I learned website development and programming of automated trading algorithms (forex robots) on the foreign exchange market in 2011 on my own. I made them for my own use, and because of the success of these robots, I also started selling them, but because I got to know the industry and it did not match my ethics and the criteria for success, I quit doing it. A position-sizing, trend-following trading supporting MT4 plugin was still available for free for a long time.

I have organized book presentations, lecture series, local product procurement groups, tarokk clubs, tönköly cultivation projects and also a closed-circle of gentleman’s dining society. The latter has been operating in Veszprém since 2010.

I am a generally well-rounded person with a wide range of interests and I easily and happily learn new things. My restless nature and internal drive are positive aspects of my quick thinking. I have tested this and found that my IQ is in the top 1%. As a result, in 2013, I became a member of Mensa HungarIQa, and until 2022, I led the Veszprém group.

In 2003, I became the director of lending at a Veszprém savings and loan cooperative because I wanted to change my lifestyle. We wanted to leave Budapest, where I worked as a middle manager in a large bank, responsible for financing billion-Forint projects. We wanted our children to grow up in a healthy environment. For years, my wife and I traveled around the country on so-called “wine tours” as reconnaissance trips. We were certain that wherever we moved, there had to be a wine region nearby.

We chose Veszprém, where we knew no one, but the location was good, the scenery was beautiful, and it was a fifteen-minute drive from Lake Balaton and numerous wine regions. Since then, I have lived here. After three and a half years at the savings and loan, I moved on to the private sector, working in book publishing, running a web store, writing grant proposals, and providing business consulting.

Then in 2015, the bank employee lifestyle called me again. Now I’m back at a big bank, working in my old profession as a senior, dealing with billion-forint projects in financing, mainly the development of solar power plants, under my former boss. I feel that I can balance this and writing well.

I am thin, cold-blooded, and have cold feet. The southern Mediterranean world really appeals to me. That’s why it’s good to live near the Mediterranean-climate Lake Balaton. I can speak Spanish, and I learn Croatian. In addition to the Balaton, the Adriatic is also a favorite of mine. We try to visit it at least once a year, especially Istria.

I have a supportive wife, a son born in 2002, a daughter born in 2004, and a grandson born in 2022. My son inherited my quick thinking, but he’s even faster. My daughter combined my wife’s and my beauty to make an even more beautiful one. And the grandson is simply wonderful.

Have a good read with me! 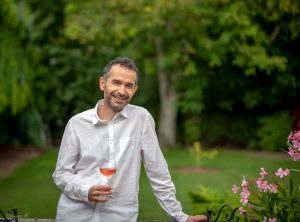